'Finding Love: Incident at the Candy Apple' #romance #suspense #erotica What would you do to find love? 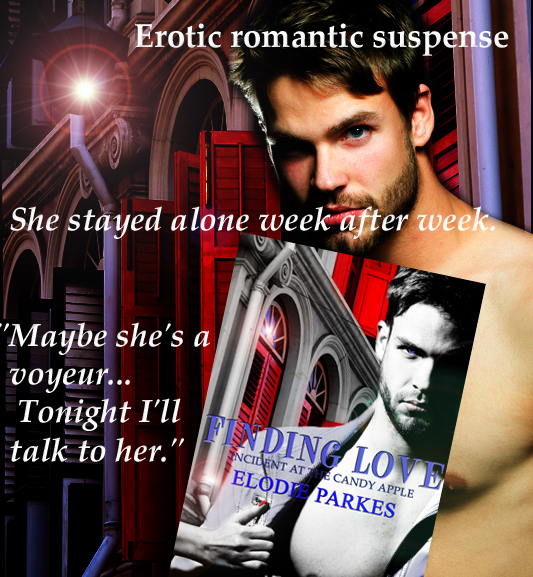 In the second of the stories that take place in and surrounding the sex club, Candy Apple, handsome Jake watches Ellie from across the room. Week after week he longs to touch and kiss her but holds back until he can't wait one more moment.
Ellie has needs she has to fill...the trouble is they just might drive Jake away.

Jake stepped onto the patio. The day had been crisp and cloud free. As he gazed up into the clear night sky, he could see a sprinkling of stars. He was lucky to see them since the city sent out an aura of light. He’d always loved going out into the country away from the light pollution of the city because at night the sky was full of stars. Jake shivered in his shirtsleeves. If it hadn’t been unseasonably cold, he mightn’t even see the faint twinkling that greeted him as he stared up. Some time ago, on a trip to a less populated coast, he’d seen a shooting star. Jake had made a wish then. It hadn’t come true yet, but he held onto the hope that one day it would.
He closed the big glass doors, and locked them before pulling the pale gray, vertical blinds. He was ready to go out into the city. All he needed was his jacket and the usual stuff he stashed in his pocket. The working week had drained him, but he needed to go to the club he frequented. With any luck, the lovely girl he’d noticed there would arrive again.
Jake drove to the Candy Apple and found a park in the lot they provided. There was no valet parking there. The Candy Apple was a semi-secretive place. Once a gentlemen’s club, the building ranged over four floors, though the basement floor wasn’t generally obvious, Jake knew about it. The exterior was verging on vintage, but an incredibly bright awning festooned the entry and extended to the wide first floor window where the coffee bar was situated. Over the top of the awning and around the shallow porch, shocking pink and white neon lights cast their glow onto the sidewalk. The steps leading to the front door shimmered under these lights and when it rained had the appearance of a surreal waterfall. No one entered the club unless they were a member. It seemed that introduction by a current member was the only way to join.
Jake strode along the white paved path leading from the parking lot and that joined the main street sidewalk. He ran up the short stoop of the club building, and met the security on the door. They knew him, but glanced at his membership card anyway.
“Good evening, Sir.”
He grinned at them. “Hi, is the place busy?”
“Not yet. Have a pleasant night.”
He smiled as he took the wide hall that led into the low-lit main room.
Jake sank gratefully onto the couch and stretched out his long legs. He leaned against the sumptuous, leather backrest to wait for midnight. His heartbeat practically matched the low thump of bass in the dance music seeping from the adjacent room. A sudden burst of the melody assailed his ears as the door opened and someone came through. He avoided the glance of the solitary man who passed him and studied the toes of his boots considering Ellie.
Copyright Elodie Parkes 2016 Hot Ink Press 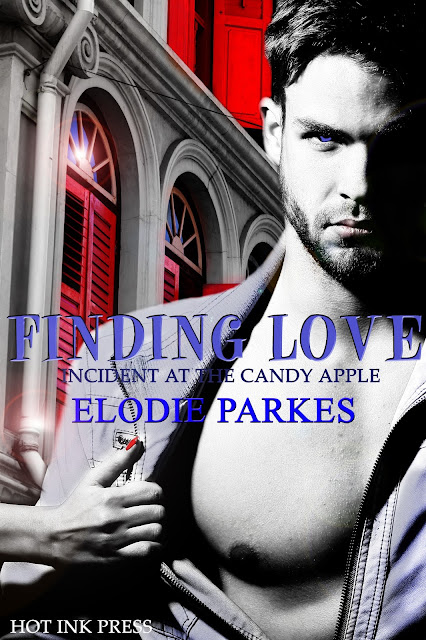