From author Vicki Locey
An #MM romance , Life is a Stevie Wonder Song
Authors know that their muse is a fickle creature. Best-selling spy novelist Stephen Ramsey has been in a hate-hate relationship with his inspiration for months. When Stephen's publisher lays a legal ultimatum upon him, with a rapidly approaching deadline, he knows he must do something to kick-start his creativity or face the unemployment line. His daughter comes up with a possible answer: a summer camp for the creative soul. With nothing to lose, Stephen packs up his laptop, phonograph and beloved record albums and heads from Greenwich Village to the Catskill Mountains.


There, among a horde of college students attending for extra credits, is Declan Pomeroy, a photographer of fey creatures who is twenty-two years younger than Stephen. The woods are a magical place, and he quickly finds himself falling under the spell of the free-spirited photographer. Confusion wars with desire inside Stephen as he succumbs to the feelings welling up inside. But, sadly, summer camp always has to end. Can a man who has just found himself really leave the person that makes his heart sing?

Finding yourself can be truly inspirational. 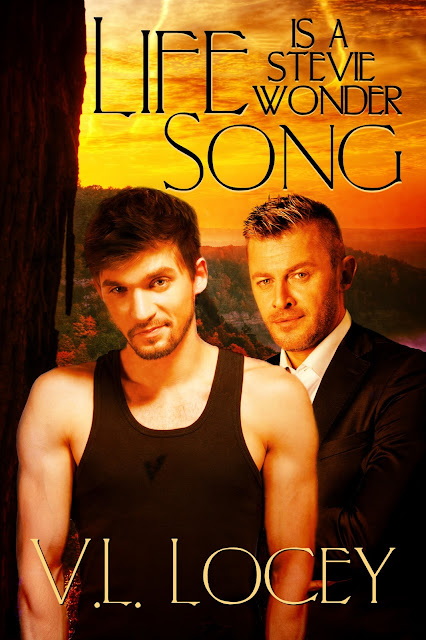 Explosive heat makes sparks fly as two wounded men learn to trust and find a home for their shrapnel-laced souls.
IN
Hawaiian Orchid 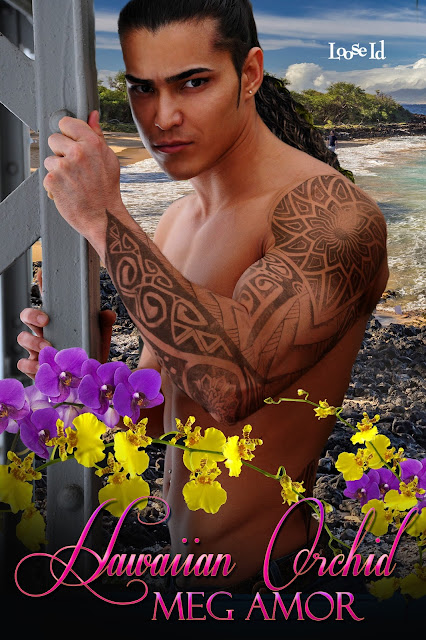 Kulani is “The Orchid,” a young, insecure, pro-surfer who comes from a rough background on the Big Island of Hawai’i. He’s Beau Toyama’s cousin from Hawaiian Lei. But he’s also a healer and has a heart as deep as the ocean he’s part of. Like the great Hawaiians, who have gone before him, warrior Kulani Mahikoa epitomizes the spirit of aloha and love. Kulani’s not only healing his own wounds, but “The Lost Boys”—young, homeless, abandoned and abused gay boys he’s taken under his wing.
Rob Masterson is a wounded psychologist who’s trying to come to terms with his husband Tony’s death. When he died, they were separated but still living together. Can the lone and lonely New Zealand widower reconcile all the pieces of guilt and love, to heal and fall in love again? When he drops anchor in Kona Harbor and meets the exotic islander—young, bolshie Kulani—explosive heat makes sparks fly between them.
Is the age difference between them a barrier or something they’ll get past? Kulani has more layers than Rob ever bargained for. And Rob’s tangled knot of responsibility, grief and guilt with his New Zealand heritage and past life is something he needs to untangle.
Two wounded men have to learn to trust and love one another. Traveling between the South Sea Islands of beautiful New Zealand and the exotic Hawaiian Islands—they forge a sea change, finding a home for their shrapnel laced souls.
Hawaiian Orchid by Meg Amor
Edited by Heather Hollis
Cover Art by Syneca Featherstone
Published by Loose Id, LLC
www.troikaromance.com
Amazon: http://tinyurl.com/pkg5vks
Loose Id: http://tinyurl.com/nuklqoy
All Romance Books ARe: http://tinyurl.com/qfn6245
Kobo: http://tinyurl.com/qaltpgz
Barnes and Noble: http://tinyurl.com/phg6qey 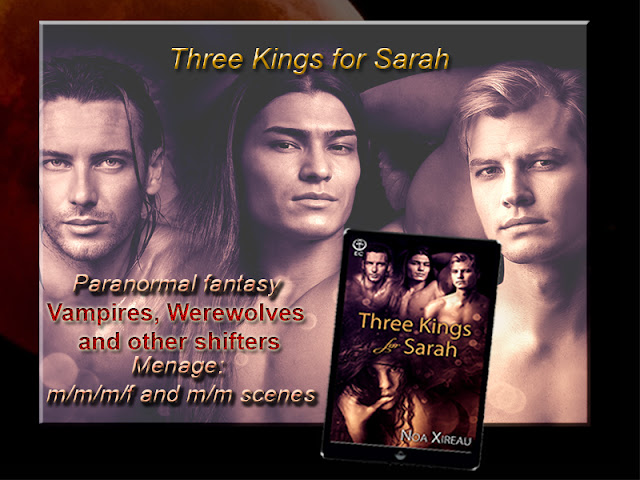 Three powerful warriors are called on to play the Three Kings for a dying Spanish girl. Shapeshifter Duncan must work with his ex-lover Gedeon, the vampire who once betrayed him. When the mysterious dream-walker Xiu comes out of the shadows, all of them know they are being manipulated.
Instead of a girl, they find a woman who is dying, protecting the Earth from an otherworldly creature. Trapped in Sarah’s dream world without powers, the three men will have to convince her to return with them—by any means necessary.
Gedeon, Xiu and Duncan will need more than just battle skills to work out their issues before Epiphany and not all of them are aware that Sarah is not the only one who’s being seduced…
Inside Scoop: An intense adrenaline rush can make you fight or…well, yes, just that! Be prepared to stumble over two alpha males blowing off steam in a very hot way.
Reader Advisory: This story has graphic sexual language and scenes—no closed bedroom doors (or other rooms) here!

They were trapped in her dreams and only hers.
An adult paranormal romance from Ellora’s Cave
Buy link:   http://bit.ly/3kings4sarahamazon 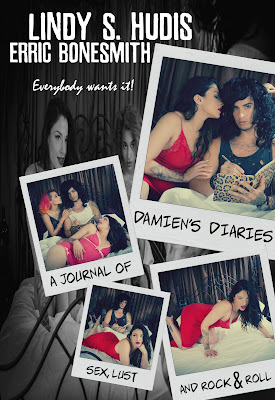 A Journal of Sex, Lust and Rock & Roll is the first in a series of collaborations between erotica author Lindy S. Hudis and Killcode bassist Erric Bonesmith. It chronicles the decadent life on the road and the debauched sexual exploits of Damien - a sexy, emerging rockstar - coming of age under the hot bright lights of the world's stages, and the passionate, sex-crazed groupies who can't seem to get enough. Get taken for a wild and explicit ride along with Damien and his rowdy band as they grow from local favorites to internationally renowned rockers and be right there with Damien as he turns from an innocent and naive boy to a man with a seemingly insatiable sexual appetite.
The music is loud and the only thing hotter than the stage lights is the sex! Rock on!

Buy Link:http://www.amazon.com/dp/B018YP6Y4S/?tag=authl.it-20
"Damien's Diaries- A Journal of Sex, Lust and Rock & Roll". was co-written by Lindy S. Hudis and Erric Bonesmith (The bassist for heavy metal band KILLCODE)
"Everybody Wants It!" 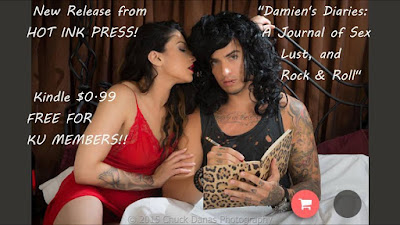 PLEASE NOTE THESE BOOKS MAY BE 18+ ALWAYS CHECK THE BLURB ON AMAZON AND READ THE FREE SAMPLE AMAZON PROVIDES IF UNSURE
Posted by Elodie Parkes at 3:00 AM

This blog contains some 16+ material, including language and mature subjects as I host romance authors. It may not be suitable for all viewers/readers. If such content may offend you please EXIT now.

The Horoscope Writer: The Author's Cut 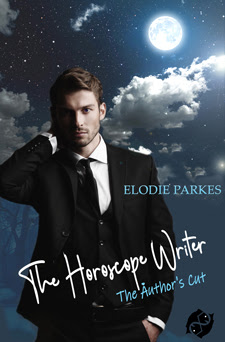 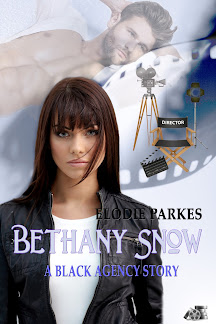 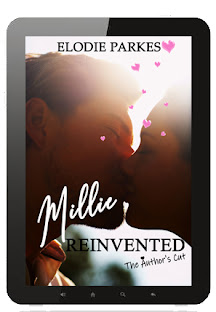 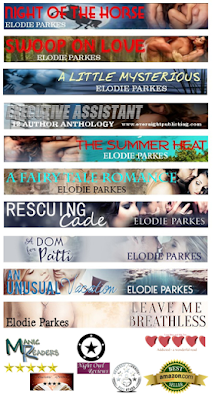 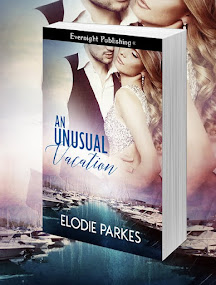 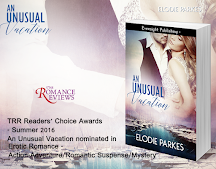