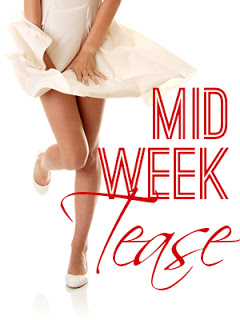 Sandy Carson unlocked her office door, flipped the notice secured in the middle of the glass panel to ‘Open,’ and clattered to her desk. Her stiletto heels echoed in the large half-empty space. She employed an assistant who generally started work at nine, and that’s why she’d made the eight o’clock appointment with poor Thorn Valmont. That’s how she thought of him now. At first, she’d regarded him as ‘that totally dishy young man who’d bought the old palace’ but after ten years of knowing his secret, she pitied him. Though he was still gorgeous, his plight was nothing short of grotesque.

She tossed her briefcase down and pushed the button on her computer. Leaving it to boot, she went to make coffee in the back room of the office. Sandy enjoyed the cool, white, spacious office. She’d chosen the minimalist look for it. At fifty years old, Sandy had discarded her unfaithful husband and changed every facet of her surroundings at home and in her business.

She took her coffee back to her desk and checked through the contract again. At last, Thorn was opening up the vacation accommodation he’d made in the old palace. Three self-contained luxury apartments were available within the huge house. Thorn lived in another on the third floor. Sandy had sold him the place and now she was going to act as the agent to let out the vacation apartments. She hoped to involve him in greeting the tenants, but Thorn might do nothing more than allow access to the cleaners at the end of each rental. She sighed, thinking about the sad figure he cut when he did appear in town. Tall, muscled, dark hair, and lovely blue eyes, his handsome exterior still couldn’t hide his pain. Well, not from me anyway ... maybe that’s because I know.

The door of the office opened and the man she’d been picturing entered. He smiled as he approached her desk.

Sandy recognized the effort Thorn had made to look businesslike and she stood to shake his hand in greeting.

“Thorn, good to see you … would you like a cup of coffee?”

She waved at the chair alongside her desk.
“Sit down, and read the contract. I’ll go get you a cup of coffee.” She handed him the hard copy she’d printed out for signing.

Sandy saw his hand trembling. She couldn’t help patting him on the shoulder before she went to the kitchen. “It’ll be okay.” I hope.

When she got back with his cup of coffee, he’d closed the folder, and placed it on her desk. She put the cup down alongside it.
“Have you changed your mind?”

Thorn looked sadly into her eyes.

Her heartbeat sped up. A strange, little tug tightened her stomach. Not for the first time she wished she were twenty years younger. Thorn was exactly her type physically, and such a lovely man, but he was only thirty. I can look though, can’t I?

He answered her. “No, I have to do this. It’s scary, but I have to start earning a living somehow now. My monetary inheritance has just about gone and the rest is property that can’t be sold. I have no right to ask my brother …” he trailed off, and picked up his coffee cup.

Sandy watched him take a sip of the drink. She slid the folder along the desk and turned to the signature page. He’d signed it. She looked back at Thorn. “You’ve signed already …? You won’t regret this. Renting out the apartments will be an easy source of income for you. Seriously, I’ll take care of everything for you. Just let it happen. Don’t end up like the old prince, Thorn. You need to retain hope. One of these days things will get better, I just know it.” 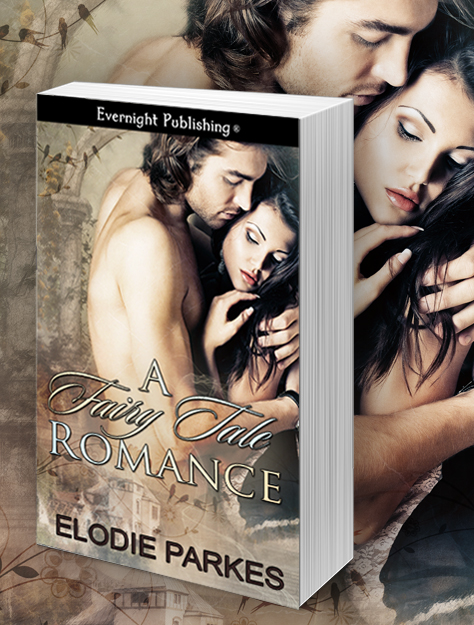 In A Fairy Tale Romance, we meet Thorn Valmont, an honest to goodness prince, who has just purchased a palace along a gorgeous beach. The place needs a lot of work, but that is the least of Thorn’s problems. The palace came with an important letter warning him of a curse and the solution to it, which of course he promptly ignored. His first order of business was to open up a few luxury apartments for rental within the palace to solve his financial problems. On the beach outside the palace, Thorn gets his first glimpse of Grace, who he later finds out is one of his tenants. Elodie Parkes does a wonderful job of weaving a fantastic story in just a few pages and this twisted fairy tale is no different.

Of course A Fairy Tale Romance is certainly not your typical fairy tale, at least not unless the lovers often have a hot tryst outdoors within hours of meeting! As hot as their initial lovemaking was, it is obvious Thorn has a secret when he stands her up for their first date. I understand why he would, but my only complaint was that Thorn should have trusted Grace sooner with his secret - but with all the hot sex they were having it’s no wonder why he didn’t. Elodie Parkes created an imaginative and sensual story with a great, if quick, love affair. Even though there weren’t a lot of supporting characters I have to say that Sandy was very memorable and I hope she gets her own story soon. 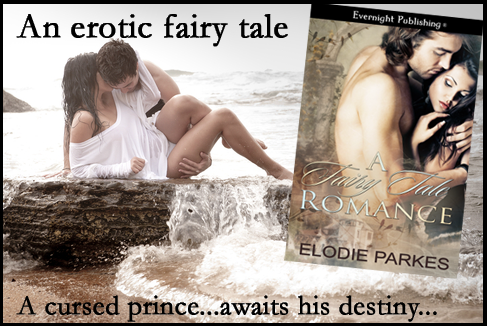 Posted by Elodie Parkes at 9:00 AM