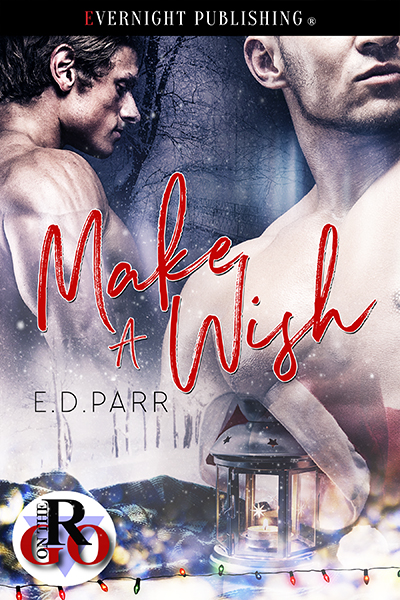 Join the party with Dylan and Nick

Dylan eyed the one and only invitation he’d received to a party that season. He’d found it stuffed under his front door the week before. The top floor apartment was holding a seasonal get-together that night. He sat with the scrambled eggs that he’d cooked for dinner in front of him. The invitation lay open beside his plate. I’ll go. It might cheer me up. There might be someone there—a guy—a sexy, gentle, good-looking guy. Then he laughed at himself—laughed at his continuous hope of meeting a man who would love him.

Later he pulled on Levis and a soft, dark-blue sweater. He went over the answers he’d given to the interview questions, as he dressed, worrying he’d not given good enough replies. All the same, Dylan told himself as he brushed his hair, he’d tried, and they’d call him early the next morning with their verdict so there was no long, drawn-out wait for disappointment.

He brought a six-pack of beer with him to the party. It was all he had in the fridge unopened. The young woman holding the party welcomed him and took the beer happily. Dylan joined the crowd that packed the apartment living room. Another young woman he’d seen in the building’s lobby brought a range of colored Jell-O shots on a tray to him.

“Strawberry, lime, and blackcurrant vodka. Take your pick.” She smiled as she twirled the tray around to show off each flavor.

Dylan shook his head with a smile. “I can’t drink vodka, but thanks. I was hoping to get a beer.”

The girl took his hand. “Come this way, sweetie pie.” She flashed him a sexy look. She brought him to a table laden with food, and at one end, misty bottles of beer. “They’re cold, but I don’t expect they’ll stay that way around you.” She flirted with him.

Dylan gave her a gentle smile. He couldn’t encourage her when what he needed was the feel of a man’s hard body and a kiss that blanketed him in masculinity. “Thanks.” He picked up a bottle and the opener that lay on the festive tablecloth. With the opened beer in his hand, he drifted away to gaze out of the window. Beyond lay the city where swathes of lights sent their aura into the sky and hid the stars.

Someone changed the Christmas music to a dance beat and people spun, leaped, and gyrated to the rhythm.

Dylan looked on from the corner. The place buzzed with the excitement of people determined to have a good time.

Then he saw the hostess. She had her arm linked with that of Nick Kringle and pulled him into the throng of people. In the other hand, she brandished a huge bottle of champagne. A red ribbon around the neck of the bottle streamed behind them as they danced among the partygoers until Nick saw him. Dylan’s heart gave a giant thump and then raced as Nick’s eyes locked with his.

Dylan couldn’t look away. Nick gazed at him with unconcealed interest. A ripple of happiness went over Dylan. Nick said something to the hostess and left her. He walked toward Dylan purposefully, his muscled body radiating sex. Dylan’s stomach muscles instantly tightened, and his cock jerked.

Nick stopped just about toe to toe with Dylan.

“Hi. What happened to your car?” His pupils widened, darkening his ice-blue eyes.

Dylan soaked up the sight. He is attracted to me. “I left it by the roadside until the morning. I couldn’t face standing in the cold waiting for a tow truck.”

Nick’s eyes filled with sympathy. “You might find it gone tomorrow. It might get towed by the city.”

Dylan shrugged. “The way I feel right now, I wish it would.”

“What else do you wish for, Dylan?” Nick’s voice was low and sexy.
The question, combined with the scorching look Nick gave him, sent a shock of tingling desire all the way through Dylan’s body. He knew right then they’d connect sexually for sure, sooner or later. He hoped it would be sooner. The words that formed in his mind weren’t to be spoken—hot sex, your cock, your ice-blue eyes gazing on me and your hard body rammed against mine, fucking hell—you…

Dylan’s entire body tensed as a wave of desire burned over him. He couldn’t tear his gaze away from Nick’s mouth. The way Nick moved even closer to him captured him in a web of attraction. Unbidden, a sigh of pleasure escaped him.

Nick trapped him, placing a hand on the wall over Dylan’s shoulder as he leaned in. He murmured as he closed the gap between their faces, “Hey, I think you’re gorgeous. Don’t be afraid. I want your kiss. I want to kiss you.”

Dylan’s breath left him. His sexual hunger surged and he pushed his arms around Nick’s neck, pulling him close to kiss him hard, and then linger in a shower of kisses—kiss after kiss, until his cock strained against his jeans and his ass clenched.

Nick drew away to look into Dylan’s eyes. “Fucking hell, I want you badly. Is there somewhere we can go?”

Dylan couldn’t believe his ears. He couldn’t resist. If he only got this night he’d take it. He needed this delicious man’s hands all over him. Lust reduced him to mush.

Nick’s breath teased on Dylan’s lips as he answered. “I want. Oh yeah, I want. I want you naked with your cock pounding in my ass. I want your perfect lips around my cock. I want to kiss you breathless. Lead the way.”

Dylan doubted he could walk. With his thighs weak from the effect Nick’s words had on him, he made a move to step around Nick’s body. His hand brushed on Nick’s groin. A gasp flew from his mouth as he felt Nick’s massive hard column beneath the fabric of his pants. He whipped his head around to look into Nick’s eyes.

Nick’s expression surprised him. Love shone from the ice-blue gaze.

Dylan experienced a profound happiness. Guys in his past had never looked at him that way. Only lust and desire had burned in their eyes.

Dylan brought him into the corridor. “Let’s take the stairs.” A silence fell between them that sparked and crackled with sexual tension as their shoulders touched, and Nick tightened his grip on Dylan’s hand.
Copyright E.D.Parr Evernight Publishing