One with the Shadows read an excerpt #regency #vampire romance 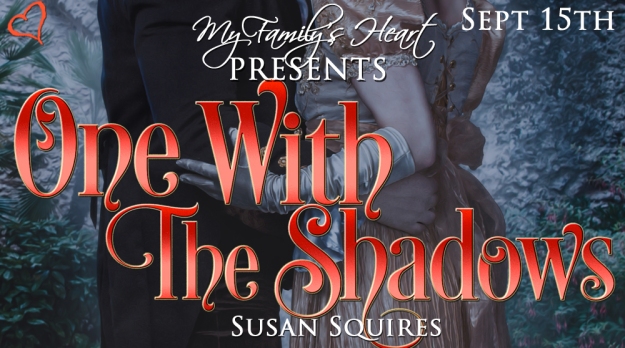 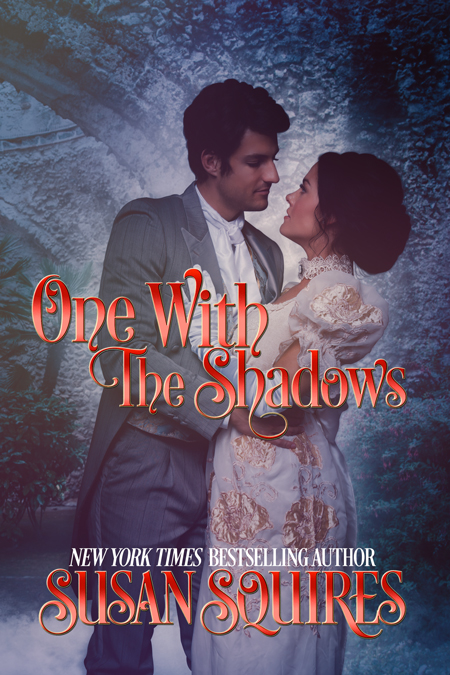 Bestselling author Susan Squires brings you a shadowy world of seduction and betrayal, vengeance and desire…
TEMPTATION BEGINS IN DARKNESS
Kate Malone makes her living reading Tarot cards and fleecing society’s elite. With no prospect of independence, her own fate looks bleak. But Kate’s fortunes change when she steals a magnificent emerald—and is confronted by a mysterious stranger. Kate is sure the striking gentleman’s attention is a ruse to retrieve the gem. But his presence awakens her to a passion she never dreamed of… and to powers she never knew she possessed.
AND LASTS FOR ETERNITY
Gian Urbano is bound by honor to retrieve the mystical stone that can drain a vampire’s power—and drive them to madness. The willful, stunning Kate has no idea of the emerald’s dark magic, or the lengths Gian’s enemies will go to possess it. But soon Gian discovers for Kate a desire more compelling than duty—one that could save them both or lead them to their downfall…
“Squires writes a darkly compelling vampire romance.”—Affaire de Coeur
Full of colorful characters, romantic locales and vivid details of 1820’s life [One with the Shadows] has a delicious pace and plenty of thrills, and her vampire myths is both mannered—almost Victorian—and intriguingly offbeat. Bound to net a wide audience of paranormal fans, this one may even convert devotees of traditional historical.”—Publisher’s Weekly (A Best Book of the Year)
AMAZON KINDLE US AMAZON KINDLE CA AMAZON KINDLE UK SMASHWORDS iTUNES GOODREADS

Everyone else in the room hung on her words, the men wanting something they could use to jibe him, the women hoping for something that said he would be theirs. But she couldn’t make out the story the cards told. She didn’t have any words, only an ache in her head and a feeling of... dislocation, as though she were looking at herself from far away.
Yet words came.
“You have seen blood, rivers of it, in a desert.” She blinked. The room began to swirl, the colors of the crowd melting together. “Blood you brought forth through extraordinary heroism in a cause you believed was just.” She stood. The table toppled. Surprised, she glanced down to see the cards scattering very slowly to the floor. But the crowd behind them was spinning faster. “It has left you wandering in your soul, impotent. Evil is around you even now, and may still win out.” Her voice did not seem to be her own. “Many trials are ahead. Thievery will be involved. I see a stone, an emerald. Your arrogance can still be tempered into wisdom by your trials.” She had a sensation of falling, and yet she knew she stood, looking up at him. He too stood, staring in fascinated horror. “Love can transform you.” She gazed up into those green eyes and the room receded entirely.
The green of his eyes turned into the green of a stone.
It was an emerald, as big as half her fist. It glowed in darkness. A woman’s hand with long nails held it with a pair of silver tongs. The glow of the emerald cast refracted green light on the rough stone walls and floor of a cramped room. He was there: the arrogant, beautiful one. He was naked and chained to the wall. His pale skin stood out against the dark stone on which he lay. “You are mine,” the woman said “The jewel will give you to me.” Fear shone in the man’s eyes. The woman came closer, touched the flesh of his chest with the stone. He arched and groaned. The glow brightened until it lit the cell with a blinding green light. The woman’s laughter echoed crazily back from the rock walls.
And then nothing. The stone cell vanished. Kate took one breath, and collapsed. 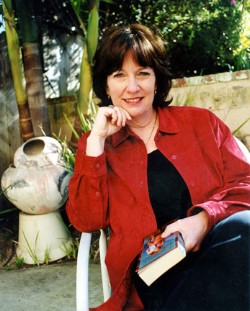