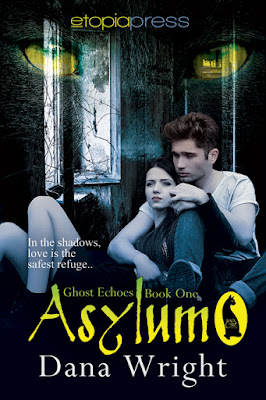 Blurb:
In the shadows of the heart, love is the greatest refuge.
Rachel Winestock is in a bad spot. She needs to get her Nana out of an abysmal assisted living center no ifs, ands, or buts about it. With the help of her demon cat Thickety, she agrees to put her ghost-hunting mettle back to the test after a horrific accident nearly claimed the life of her best friend. Ghosts are drawn to Rachel, and like her Nana says, with any great gift comes a great responsibility.
Matt Rutledge suffers no fool lightly—especially frauds who prey on the weak and grieving. A professional reality show host, he's seen his fair share of bad apples. One look at Rachel has him wondering just which side of the barrel she falls into. He knows there's something bad within the walls of Bremore Asylum. The voices of the past are alive behind the imposing iron gates. Now he just has to prove it.
When Rachel agrees to take the job investigating the disappearance of a fellow ghost hunter at Bremore Asylum, she is totally unprepared for the sexy and stubborn psychic debunker Matt Rutledge to be a part of the package. Can these two opposing forces, with the help of a very cranky demon cat, find the answers behind the asylum's crumbling walls before the asylum's grim history repeats itself?

Buy links:
All Romance: https://goo.gl/zspohV
Amazon: http://goo.gl/FlxZon
B&N: http://goo.gl/1S5so5
Excerpt:
CHAPTER ONE
Rachel Winestock quietly let herself into the room where her grandmother lay nestled under the sheets, the blankets swallowing her slender frame. Pale and shrunken, she was a frail shadow of what she had been months ago. Rachel smiled at the sound of her steady breathing and light snoring. Nana needed her rest and was stubborn about admitting it. Peering over at her wizened face, her grandmother’s lips appeared chapped.
Damn it. What do these people have against ChapStick?
It wasn’t fair. Nana appeared to be shrinking right before her eyes. Rachel had already lost her parents. She didn’t want to lose Nana too. It was too much. Especially after everything they’d been through over the last year. Tears pricked at the corners of her eyes and she fought against them. She had to be strong.
No.
If Nana woke up and found her crying, there would be hell to pay. Rachel sniffled and forced her emotions in check.
“She needs to get out of here.” Thickety blurted out, his shadowy form hidden in the dimness of the room. His long cat tail flicked his distain, and he edged his head toward Rachel. Red eyes glowed from his smoky black form that could be as solid or transparent as he needed it to be. “The smell is worse than a cat box.”
“Why do you insist on following me? Can’t you just leave well enough alone?” Rachel ground out, trying her hardest not to make eye contact with the demonic cat. He’d been in her life since she could remember and nowhere along the way had it ever been easy. “And I know that. Look at those bruises.”
“Hey. I’m doing you a solid here. You want to know where the missing bracelet is that used to be on her arm? I’d look at that attendant down the hall.”
“The last time I listened to you someone almost died.”
“Don’t you mean ignore? I told you the child was in the house, not to go poking into foundation walls with no structure to hold them up. There’s a difference, sweet cheeks.” Thickety raised his paw and licked at his foot. “Remember I was right. Just because your friend decided to get a little crazy with a mallet and found herself buried was not my fault.”
Rachel sucked in a breath and gritted her teeth. “Look. I came here to see my grandmother. Can we save the arguments for later?”
“Fine.” The cat yawned and crept closer, his eyes focused on Rachel’s Nana. “She used to be livelier than this. What are they feeding her?”


“I don’t know but whatever it is, it’s not enough. She looks terrible.” Weak and more fragile than she had ever seen her, Rachel had to do something to get her out of here. Even if that something was take a job working for Harold Danvers. The past was the past. It was easy to say that until the nightmares came, leaving her shaking in her bed covered in sweat. 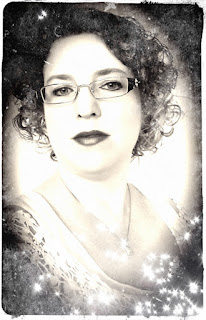 Dana Wright has always had a fascination with things that go bump in the night. She is often found playing at local bookstores, trying not to maim herself with crochet hooks or knitting needles, watching monster movies with her husband and furry kids or blogging about books. More commonly, she is chained to her computers, writing like a woman possessed. She is currently working on several children's stories, young adult fiction, romantic suspense, short stories and is trying her hand at poetry. She is a contributing author to Ghost Sniffer’s CYOA The Haunting of Zephyr Zoo, Siren’s Call E-zine in their “Women in Horror” issue in February 2013 and "Revenge" in October 2013, a contributing author to Potatoes!, Fossil Lake, Of Dragons and Magic: Tales of the Lost Worlds, Undead in Pictures, Potnia, Shadows and Light, Dark Corners (upcoming), Wonderstruck, Shifters: A Charity Anthology, Dead Harvest, Monster Diaries, Holiday Horrors and the Roms, Bombs and Zoms Anthology from Evil Girlfriend Media. She is the author of Asylum, The Invitation and Texas Twister.   Dana has also reviewed music for Muzikreviews.com specializing in New Age and alternative music and has been a contributing writer to Eternal Haunted Summer, Massacre Magazine, Metaphor Magazine, The Were Traveler October 2013 edition: The Little Magazine of Magnificent Monsters, the December 2013 issue The Day the Zombies Ruled the Earth. She currently reviews music at New Age Music Reviews and Write a Music Review.

Sign up for her newsletter so you don't miss a thing!
Posted by Elodie Parkes at 5:00 AM