On preorder now #menage #romance from @AllysonYoung and Lydia Michaels 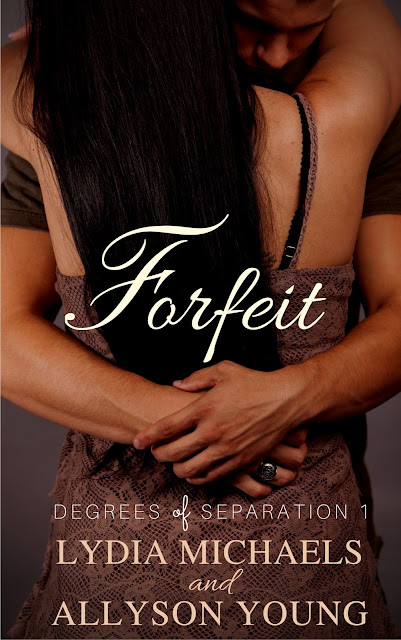 Release Date: February 28, 2017
The debut novel of a masterfully emotional, high stakes trilogy that will have readers forfeiting tradition to gamble with love…

December and Austin have a traditional, storybook marriage complete with defined roles. Married young, they’ve shared nearly a decade of passion and love. December’s submissive nature is perfectly suited for her husband’s authoritative, yet adoring personality and he seamlessly holds the indisputable role of head of the household.
But Austin harbors secrets, and the pressure of losing his job makes those festering skeletons impossible to ignore.
Turning to alcohol instead of his wife, Austin finally drives December into the arms of their closest friend, Cord, despite her intense loyalty. Cord has loved December since the day they met. His moral compass is challenged and lines are blurred when Austin steps aside and insists Cord take his place.
Forfeiting all, Austin must face a harsh truth. Take control of his life, or forever lose the woman he loves.

WARNING: This book contains subject matter suitable for mature reading audiences. Some content may be offensive to sensitive readers. Degrees of Separation is a ménage trilogy with many emotionally graphic encounters and challenging situations that break the rules of traditional romance. 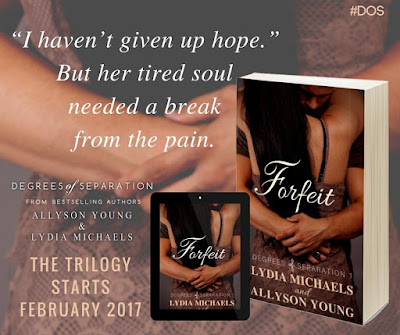 It was like he no longer saw her, just looked right through her, when she used to be all he could see in the whole world. No matter what she did, he stayed away—alone—wandering through the house at night and sleeping all day. She had pride too, and he’d been chipping away at it, scarring her with deep tattoos of doubt.
Something happened to a woman when her husband no longer touched her. First there were the superficial frustrations of unrequited desire, but then it became something worse. The insecurity, fear, and uncertainty ate away at her insides.
Her self-esteem fractured, perhaps beyond repair. Tiny little shards of self-worth were all she had left. Even if he came to her now, begging and full of apologies, she feared someone might get cut.

This rut seemed to get deeper and darker every day. She was losing sight of the light and worried she’d never see herself out. She needed to feel alive, feel something. She needed to reclaim control and pull herself back to her feet, which was why this job with Cord was imperative.

Author Bios
Lydia Michaels is the award winning author of 30 romance novels. Her novels from the darkly compelling Surrender Trilogy were iBooks Bestsellers and her work has been featured in USA Today. In 2015 she was the winner of The Best of Bucks Award and she has been nominated as Best Author in the Happenings Magazine two years running [2015 & 2016]. She is a four time nominee for the prestigious RONE Award. Her books are intellectual, emotional, haunting, always centered around love. 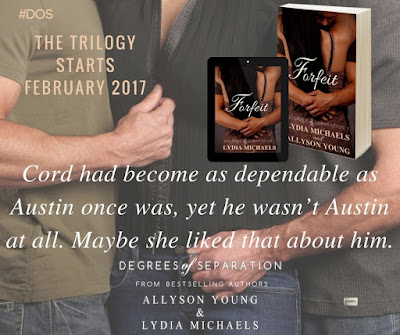